is the process of preparing for, mitigating, responding to, and recovering from a crisis situation.

Students participating in mandatory pre-departure orientation sessions are educated on traveling abroad. Key points include safety, awareness of surroundings and events, maintaining a low profile, and how to respond to emergency situations. The resources available to students are abundant. By preparing students and providing information on these resources, both students and parents are actively involved in the process.

Given the volatile nature of world events it is wise that the Gaming Program have a Crisis Management Plan. It is impossible to predict every possible crisis scenario but some basic protocols will aid the Gaming Program in the case of a major emergency.

Franciscan University of Steubenville hosts a sizable group of Americans in Austria. For numerous reasons Austria is a very safe country in which to live. Within Austria, Gaming is a small secluded village which does not draw much attention to itself. There is very little risk of the students having to evacuate Gaming due to a direct affront on our students. Time and time again federal authorities state that in a time of world crisis Gaming would probably be one of the safest places to be.

While the scenario of having a major crisis that would cause a mass evacuation of Gaming is very unlikely, what is more possible is one of our students being in another European city when a disaster happens. In a given semester it is possible for our students to be away from Gaming for approximately 50 of the 111 days. There is a greater risk, while still unlikely, that a student will be involved in some crisis while away from Gaming and this proposes a situation that must be dealt with. This situation will be dealt with later.

The likelihood of a wholesale evacuation from Gaming is extremely improbable. As a member of the staff at the US Consulate stated, “Gaming is probably one of the safest places to be.” However, if this were ever to happen, transporting the students, faculty, and staff would be key.

The initial transportation would have to be with either bus or train. The University has an excellent working relationship with Ötscherlandreisen, the local bus company. We have had communications with them on evacuating the Kartause community and they have stated that they will be at our service in a crisis situation.

We are also in communication with the Fire Brigade of Gaming. The Brigade already has evacuations plans and if the case were ever to arise that our Students would have to be evacuated, they have indicated they will do whatever is needed to help.

Trains may also be utilized. We are aware of schedules and have contact information in case an emergency were to arise.

Air-travel: The closest major airport is the Vienna International Airport and is 2 hours from Gaming. If the Students were forced to leave Austria they would be able to use previously purchased tickets. Staff in Austria would work with airlines to change the departure dates. Approximate costs would be $150-$600 per ticket to change a departure date. The evacuation of our Students should proceed as soon as possible. However, unless special arrangements were made with the airline it may take up to one week to get all the students out. In a situation such as this, the U.S. State Department may be able to intervene on our behalf.

Other airports that are close to Gaming are Linz (one hour) or Salzburg (2.5 hours). Furthermore, the Munich International Airport is about 3.5 hours away and may also be an option.

Finally, when crisis situations in foreign countries are extreme, the U.S. Government may offer assistance in the form of chartering military flights for civilians back to the United States. The U.S. Military base nearest to Gaming is Chiemsee, Germany, between Salzburg and Munich.

In a crisis situation, correct, accurate, and timely communication and dissemination of information is going to be essential.

The information will be posted at: www.franciscan.edu/AustriaEmergency

The U.S. Embassy in Vienna has developed a “Warden System” that unites groups of Americans in Austria and facilitates mobilization during times of crisis. They have detailed plans for caring and assisting the needs of American citizens during crises.

Each semester, every student will also be registered with the U.S. Embassy in Vienna. This will aid us in the event that we would have to seek the assistance of the Embassy.

The provisions of the Privacy Act are designed to protect the privacy and rights of Americans, but occasionally they complicate efforts to assist citizens abroad. As a rule, consular officers may not reveal information regarding an individual American’s location, welfare, intentions, or problems to anyone, including family members and Congressional representatives, without the expressed consent of that individual. Although sympathetic to the distress this can cause concerned families, consular officers must comply with the provisions of the Privacy Act.

To better enable the government to assist in an emergency, it is suggested that the student sign the privacy release form (during orientation week) when registering with the US embassy online.

Each student must register before each trip indicating where he or she will be traveling to. It will be a violation of policy that will be enforced with a fine if the student fails to do this.

When evacuation is necessary, a statement from the President of the University will be issued. The Director of the Austria Program, or his designate, is responsible for relaying the statement to the staff in Gaming and gathering the students, first in the Audi-Max and if for some reason this is not possible, the Gaming Parish Church, for an informational briefing as soon as possible after a crisis event. Information given will be limited to the facts as specified and not open to subjective opinion.

While Students are Traveling:

As mentioned earlier, a more plausible scenario is our students being in a foreign city when some kind of incident happens. Good communication is going to be essential in this situation as well.

If one of our students is in danger in another country it may be necessary to be in communication with the Embassy in Vienna. The Embassy has the ability to communicate with another embassy and help American citizens who may be in a crisis situation.

The Gaming Staff will keep the main campus staff informed as events unfold. 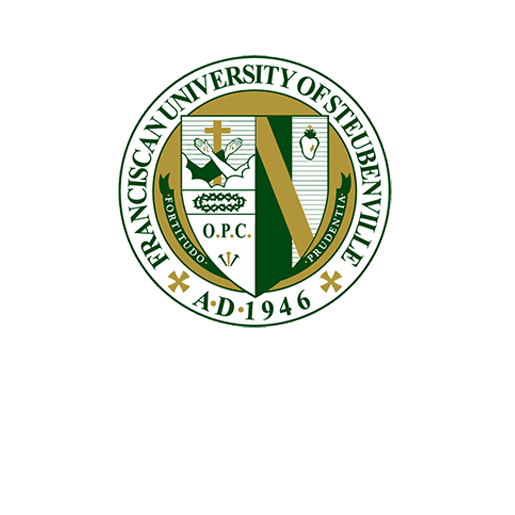