Each semester the study abroad program offers the students a chance to attend a 10-day pilgrimage to Rome, the heart of the Catholic Church, and Assisi, the home of our school’s patron St. Francis. The first half of the pilgrimage is spent in Rome. Those four days were filled with back-to-back activities that ranged from touring the Vatican Museum, visiting the four major basilicas of Rome, climbing the Holy Stairs, and even going to the Papal Audience on Ash Wednesday. It was so beautiful to experience the history of my faith and have it truly come alive in my eyes and in my heart. While I enjoyed all that Rome had to offer, my heart found a home in the peaceful Italian city of Assisi.

Perched atop a small mountain, the city of Assisi was everything I had ever imagined that Italy would look like. The whole length of the city can be walked in roughly 20 minutes. The streets and buildings are crafted of stone built by the hands of men who were there long before my time. There are small little shops and restaurants run by friendly locals who greet you with a smile as soon as you step through the door. You can’t walk two blocks without running into a Catholic church that has been standing since long before America was even a thought in the Founding Fathers’ minds.

As I said in my previous blog, this semester has opened my eyes to the beauty of the little moments. I would like to share my favorite little moment from pilgrimage that happened to take place in Assisi.

One afternoon we had free time to explore Assisi on our own. My roommate, Hailey, and I decided that we were going to climb up to the castle that sat on the highest hill in Assisi. We navigated our way through the streets and climbed upward towards our destination. When we reached the castle, the view was spectacular. All of the city as well as the surrounding towns at the bottom of the mountain could be seen. Hailey decided that she was going to spend a few Euro to tour the inside of the castle. The weather was beautiful that day – sunshine and a slight breeze – so I opted to hang out outside and take in the Italian countryside. The castle sat on a hill covered with lucious green grass that was practically begging for me to sit on it. I scouted out a nice spot from on the sidewalk and began the trek up. I reached a suitable place and plopped myself down on the ground. My nerdy self had thought to grab a book before I left the hotel, so I pulled it out and began to read. After a few minutes, I paused and really let myself take in the moment. There I was, this girl from a small city in Pennsylvania who never thought she would go to Europe, laying in the plush grass of the Italian countryside, overlooking a city that has been around before the birth of the country from which I come, with roads that have been the pathway for saints, and I was soaking in the sunshine. All I could think was how good God is.

After a hectic week of pilgrimage, I am so happy to be home in Gaming once again, but a piece of my heart will always be in the peaceful streets of Assisi. 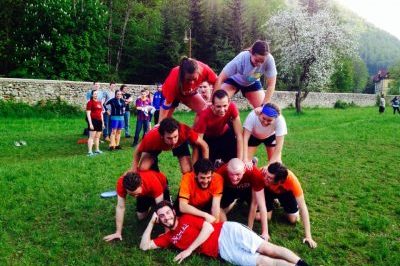 In 17 very short days, my feet will land on American soil for the first time in 4 months. I… 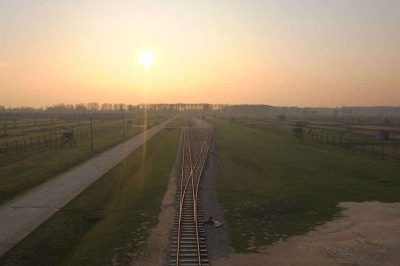 Around the time that I was in 7th grade, I began to develop a deep love for learning about history,…