For most Franciscan University students, time at the Kartause Maria Thronus Iesu is a beautiful but all too brief season in their walk through life. As alumni they may journey back to visit the Austrian Alps foothills and the little town of Gaming from time to time, but they’re accompanied by the knowledge that the leaves have fallen from the trees, spring has come and gone, and their Austria semester has passed.

But for others, the waning of the semester and the arrival of summer does not signify a close, but rather, a rest and renewal for the old Carthusian monastery.

“Fullness of life at the Kartause certainly centers around the Franciscan University student body,” says Tom Wolter, director of the Austrian Program. “But in the summer, this is when we really start focusing on the renovations, the improvements, and looking into different projects to bring in new life.”

A new and expanded brewery is the most recent renovation at the former monastery, which now operates as a hotel, restaurant, and historical landmark as well as the home of Franciscan’s study abroad program.

Over 200 regional breweries dot the Austrian countryside. Gaming’s local brew, Kartausenbräu, has been made for over 10 years on the ground floor of the hotel. In March, the brew found a new and bigger home in the back courtyard of the old monastery.

With the installation of new equipment, production of Kartausenbräu will dramatically increase. The new tank brews 1,000 liters, while the old one only held 250 liters. Additionally, better bottling equipment allows Harald , Tiefenbacker, the Kartause braumeister (“brew master”), to bottle 1,600 bottles per hour, instead of only 100 per hour.

Tiefenbacker is excited about the move because the new automated equipment allows him to focus on more than one task at a time. The bigger tanks forced him to adjust the brew recipes, he says, but by the end of March, the first new batch of Kartausenbräu was ready for tasting.

The Kartause brewery produces five beers for the local community, including a honey ale, stout, Märzenbier, the dark Prälatenbräu (commonly called dunkel), and the light Priorenbräu (helles), alongside seasonal brews.

With the expansion of the brewery, Wolter says, the possibility of bringing Kartausenbräu to Steubenville and Bennigan’s Restaurant in Franciscan Square is being explored.

Wolter and his wife, theology and philosophy professor Dr. Maria (Seifert ’98) Wolter, along with their four boys, call the Kartause home all year round. In the summer, Wolter says he “puts on a new hat,” shifting his focus “to welcoming visitors coming to experience the Kartause for the first time.” 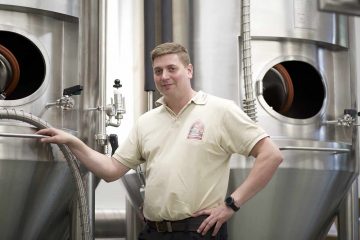 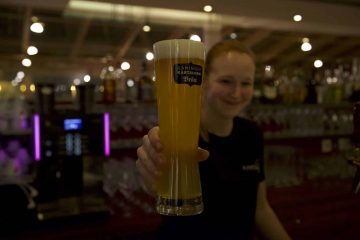 Top: Harald Tiefenbacker, the brew master at the Kartause’s new brewery, poses with a tank capable of brewing up to 1,000 liters of beer. Bottom: One of the Kartause’s beers on tap.

Shortly after the main body of college students fly back across the ocean, the Kartause welcomes in a new group of students. From May 24-26, approximately 80 high school students from U.S. military bases and international schools in Italy, Germany, and Austria come to Gaming for a weekend retreat. This year, the students will be led through a catechesis on the Mass centered on the theme “Given Up for You.”

Franciscan sophomore Anna Sepanic, a theology and catechetics major, is one of the dozen students organizing the retreat.

She says, “This retreat will be great opportunity for the military teens to get away from their normal life and come to a truly peaceful place while diving deep into God’s love. The Kartause is such a holy place. The continual echo of the Carthusian monks’ prayers really impacts lives.”

Sepanic feels particularly close to those students who live on military bases, as she herself lived on the U.S. Army base in Vicenza, Italy, for three years

Together with the faculty, staff, and TOR friars and sisters stationed in Gaming, the students plan talks, testimonies, and small groups, in addition to Mass, eucharistic adoration, and confession.

About 30 to 40 parents and chaperones travel to Gaming with the high school students, all eager for a spiritual encounter of their own. To help fill that need, Dr. Maria Wolter will offer them a four-part series on Theology of the Body.

In mid-June, another group of high school students journey to Gaming for a 10-day program offered through St. Francis University, Franciscan’s sister school. The students take classes and go on excursions to more richly encounter culture, creation, and God. 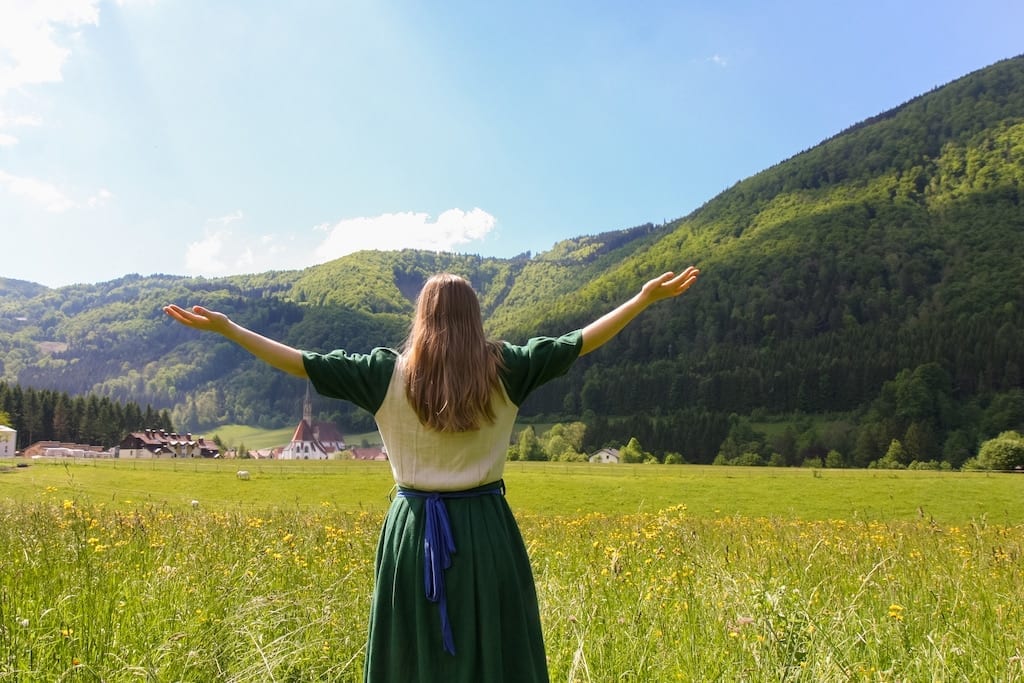 Culture is further celebrated in the Kartause through music. The International Baroque Masterclasses in Gaming, held July 21-27, bring together highly talented classical musicians from Italy, Germany, Austria, and the United States. These musicians lecture on the historical music performance of Baroque instruments and offer private lessons to international students. The students, who sing or play the cello, recorder, violin, harpsicord, dulcimer, and piano, are also encouraged to collaborate on their own orchestral projects.

Throughout the week, all the musicians—students and teachers—perform Bach, Mozart, and Beethoven under the rich paintings of the Baroque Library and the arches of the Maria Thronus Chapel.

As the notes of the masterclasses fade away, the melodies of Frederic Chopin start to waft through the rooms as the Chopin Music Festival begins. Held August 16-18, the festival honors Chopin, one of Poland’s greatest composers and pianists, with orchestral, chamber music, and choir concerts.

The hallways once again empty of students, the silence of summer falls on the centuries’ old monastery. The quiet is interrupted periodically by business gatherings and weddings, but a renewing peace stays for those Franciscan families who live in Gaming all year.

“Back in United States, we knew a hundred people that we never saw,” Kissinger says. “Here we have 12 friends, but we see them three times a day.

“It’s a little bit strange in Gaming with so many people coming and going, but the opportunity to get to know other families, single men and women, men and women religious—it’s a unique chance at community.”

The quiet of the Kartause, the return to the contemplative life set in place by the Carthusian monks back in the 1330s, is enjoyed for a time, but like all seasons, one must fade into the next.

“When things go on more of a quieter pace, it makes us eager,” Wolter says. “We begin to long for the next wave of students coming in the fall, looking forward to once again having that fullness of life back in the Kartause.”

Gruß Gott! My name is Marianna Schmiesing, and I just graduated from Franciscan in May…

For most Franciscan University students, time at the Kartause Maria Thronus Iesu is a beautiful but all too brief season…

A Stroll Through the Kartause Weihnachtsmarkt

The smoky scent of a wood fire drifts up and through the open-air walkways of the Kartause, mingling with puffs…