This last week and a half, all the students studying abroad at the Kartause this semester traveled to Rome and Assisi for a pilgrimage put on by the University. Rome and Assisi – I can’t think of two better places for a Franciscan student to travel to on pilgrimage.

In Rome, the heart and center of the Catholic Church, I experienced the faith that I grew up on, since as long as I can remember, alive and well in a tangible way. It was a beautiful experience to see the Vatican, the beautiful churches and the resting places of faithful Catholics and martyrs. I have grown in my faith over the years and visiting the center of the Catholic Church was something that made the faith so physically tangible and vibrant. During the time we had in Rome we went to the resting place of St. Paul at St. Paul’s Outside the Walls, St. Peter’s Basilica, the Papal Basilica of Santa Maria Maggiore, and the Basilica of St. John Lateran. We were able to visit all 4 major basilicas in Rome and we celebrated Mass as a community in three of the four. The most special Mass for me was at the altar of the chair of St. Peter at St. Peter’s Basilica. It was an incredible place to pray at and especially to celebrate the Mass.

A great shot of Pope Francis during our audience with him.

A definite highlight of Rome was Pope Francis!! On Sunday, we prayed the Angelus with him in a packed full St. Peter’s Square. We listened to him address the crowd, and then he prayed the Angelus with us. I toured Trastevere and it’s beautiful churches, saw the chains St. Peter was bound in, saw the Colosseum, the Pantheon and the Roman Forum, and so much more. I also toured the Catacombs and visited the resting place of so many Catholics who have come before us and given us examples of how to live our lives. We also went to a papal audience and saw Pope Francis up close and personal as he drove by on the “popemobile.”

By the end of our time in Rome, we were all exhausted by the sheer amount of beauty we had seen and were ready to head to Assisi for a more relaxed pace for a few days. Rome gave me so many opportunities for reflection on my faith and the way I want to live my life. A week later, I am still soaking it all in.

In Assisi, all 200 students experienced the center of the Franciscan spirituality. Being a Franciscan University student and traveling to Assisi was a special treat for me. After learning for 2 years about Franciscan spirituality and about St. Francis and St. Clare, I have grown close in prayer with the two saints and have really grown in my faith through Franciscan spirituality. To be where it all began for St. Francis was moving. Our first stop in Assisi was the Basilica of Santa Maria of the Angels where the original Portiuncula is located. It was an amazing experience to pray in the original chapel of the replica that Franciscan University has on campus. I have spent many hours in the Portiuncula on campus, so praying in the original was amazing. After the Port, we headed into Assisi where we had the opportunity to celebrate Mass in multiple different churches throughout the few days. On the last day we had mass at the Tomb of St. Francis. We had a Festival of Praise in Assisi, and it was a great time of reflection upon the life of St. Francis and St. Clare and on all the things we saw and experienced in Rome. One of the days in Assisi, a group of a few people and I hiked up a mountain behind Assisi after visiting St. Francis’ hermitage to get a view of Assisi from above. When we arrived at the peak, it was one of the most breathtaking views I have seen this whole semester. That hike really topped off the whole trip for me, and it was so great to pray above the clouds in Assisi.

This is me sitting above the clouds and the town of Assisi next to a beautiful cross during the sunset. 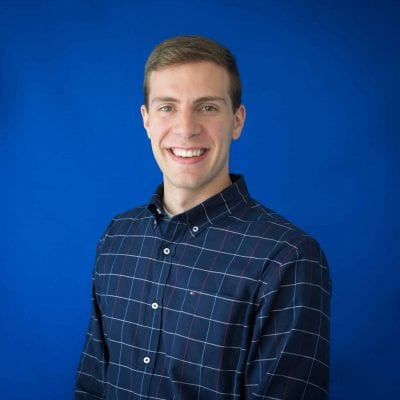 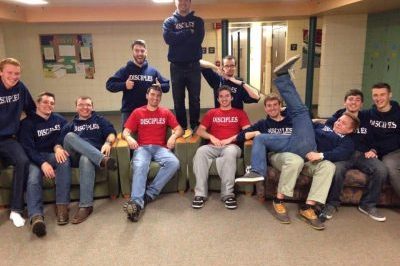 Fiascone: The Blessings of Returning from Austria

For those of you who don’t know, I recently returned from a semester abroad in Gaming, Austria – Franciscan University’s… 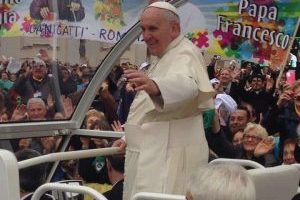 Fiascone: The Center of Our Faith

This last week and a half, all the students studying abroad at the Kartause this semester traveled to Rome and…